The Fungi from Yuggoth by H.P. Lovecraft, Seventh Reading, parts 19-22 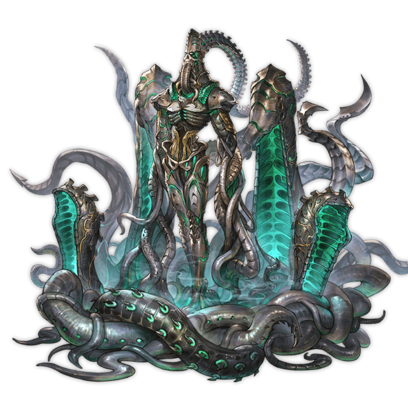 XIX. The Bells
The narrator searched his memories to find the source of the chiming of bells on a steeple that he had recognized until, on March, he was called back to the black gulf by a cold rainfall.

XX. Night-Gaunts
From the distance of the black gulf the narrator spots Night-gaunts coming from the jagged peaks of Thok, and take him into the Nether Pits of the Underworld.

XXI. Nyarlathotep
The narrator was met by the true identity of his guider: Nyarlathotep, as he bared witness to him executing some people in an Egyptian tomb.

XXII. Azathoth
The narrator entered a spatial void where he meets Azathoth, in the presence of shapeless bat creatures dancing to music played by servitors, in which Nyarlathotep reveals that he is Azathoth's messenger.

Previous Posts in this Series

To leave or reply to comments, please download free Podbean or